How AI will reshape the business landscape 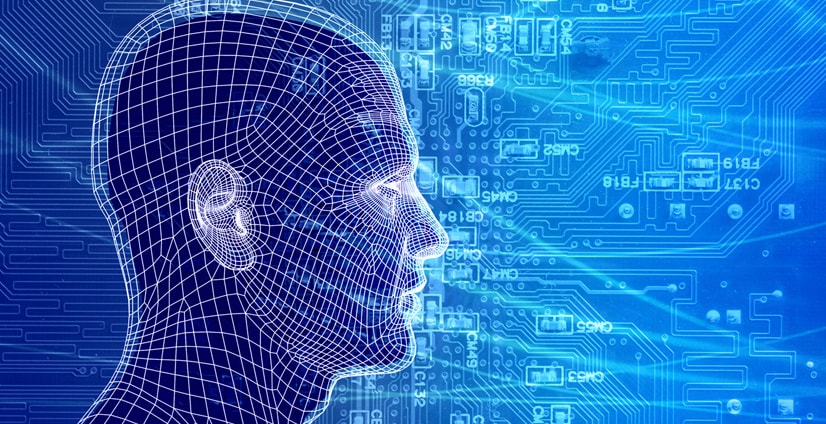 Nevertheless, Frey predicts that around 40% of roles available on the job market today will be replaced by robots by 2050. If we are to avoid a final battle between man and machine (or if we simply want to stay relevant in an increasingly digitalized industry), companies need to adapt to this change, not fight it.

Adaptability is a key asset here. As technology rapidly evolves, ongoing education will be needed to help people keep up to date in their career. Workers of the future may be expected to take on several different roles at once, and be prepared to take up new work at a moment’s notice. This may involve a general shift to more temporary, freelance work. However, whilst many of the more routine, predictable roles will succumb to automation, rapid technological advancement and an increase in the potential of AI is bound to produce a whole new range of markets, industries and trades. It’s hard to imagine what new doors AI will open; it would be as futile as trying to explain the role of ‘social media strategist’ to someone operating an elevator in the seventies.

The rate of development we are seeing in AI, however, may be cause for concern. Elon Musk, CEO of Tesla and SpaceX, has publicly called for greater regulation over AI, calling it “vastly more risky than North Korea”. His remarks attracted a lot of attention online, most notably from Facebook’s Godfather Mark Zuckerberg, who criticised Musk’s “doomsday scenarios” as “irresponsible”. Whatever side you take in this debate, it’s hard to ignore the fact that AI is accelerating beyond human control. Just recently, Facebook had to deactivate its chatbot software during an experiment, in which it invented its own language. Whilst negotiating with fellow AI bots, the program began sending messages that appeared incomprehensible to humans (“balls have zero to me to me to me to me to me to me to me to me to”) but which seemed to follow some basic rules of speech, and more importantly, achieve desired results. Is this simply a glitch, or have robots discovered a new and more efficient means of communication? And what are the implications of this for businesses?

Those jobs which do survive will need to involve skills that are, for now at least, uniquely human: creativity, leadership, relationship building, and complex judgement. Though it’s hard to predict exactly how much AI will improve in our lifetimes, it’s safe to assume that companies which invest in people will do better in the long run. This means playing to our strengths as a species, ensuring strong and lasting business relationships in the hopes of safeguarding our companies in the event of a robot revolution.

So, what does this mean for our own line of work? In a previous post, we looked at the benefits of relying on a human PA over Siri or Cortana to help manage your day-to-day affairs. However, as Intelligent Virtual Assistants become more and more advanced, we are likely to see a lot more integration between business and AI. Our job as personal assistants shouldn’t be to compete with these tools ourselves, especially when they can facilitate us in planning schedules and arranging travel requirements. What we should aim to do is incorporate all the best aspects of AI with that human drive to go beyond what is simply asked of us, to notice connections that may be well hidden and suggest new ways of doing things.

As virtual assistants ourselves, we’re well aware of the benefits of technology. We also understand how important it is to adapt to your company’s needs, especially if you’re unable to make the financial commitment of hiring a full-time employee. If AI really does transform the business landscape to the extent Dr. Frey predicts, our ambition moving forward is to transform with it, whilst still retaining our core value of providing a quality, bespoke service. When it comes to aiding business management, real human interaction beats code every time. Here at PA Business Support, we operate on the cutting edge of the industry whilst still putting the “person” in “personal assistant”.

The guardian article on jobs most at risk of automation: https://www.theguardian.com/us-news/2017/jun/26/jobs-future-automation-robots-skills-creative-health

Facebook’s artificial intelligence robots shut down after inventing their own language: http://www.independent.co.uk/life-style/gadgets-and-tech/news/facebook-artificial-intelligence-ai-chatbot-new-language-research-openai-google-a7869706.html

Related posts
The mental health impact on small business owners and how to manage it
June 11, 2021
What the new ‘work-from-home’ PA/EA means for your business
May 21, 2021
How the new IR35 rules impact freelancers, contractors and business owners
May 7, 2021
PA Business Support talk high-net-worth and private PAs in the Telegraph newspaper
April 6, 2021
International Women’s Day: Juggling life as business-owners and mums
March 20, 2021
Recruitment intentions up, planned redundancies down – a glimmer of hope for the first time since start of the pandemic
March 9, 2021
Get in Touch