Our Top 3 female entrepreneurs for 2019 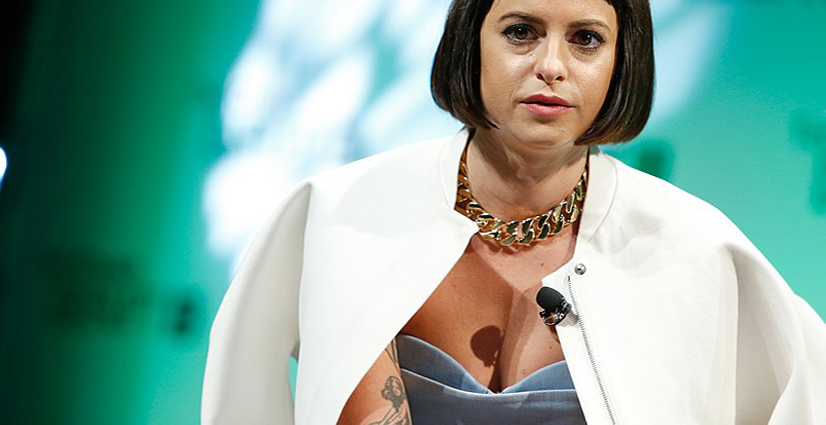 A ton of businesswomen have been making headlines recently, especially in Tech: Hadley Beeman is now leading the NHS’ attempt to modernise its internal systems; Ofcom CEO Sharon White has taken BT to task over improving the UK’s high-speed broadband network; LinkedIn’s new national News Editor and tech journalist Emily Spaven is on a mission to increase the amount of quality content and conversations on the social platform. All indications are high that female entrepreneurship is on the rise. SCORE, America’s premier source of free business mentoring and education, found that last year more women than men started a business (47% compared to 44%). In light of that, we’ve picked 3 female entrepreneurs who are inspiring us in 2019….

“One thing that I have learned, is to ‘never be afraid’. Just go ahead and do it, and if it’s incorrect, if it’s wrong, you’ll just draw from it, you’ll change it. If you move fast enough you’ll have time to change.”

Born in India and growing up in Calcutta (now Kolkata), Rashmini’s story is one of a brave jump from a PhD in cognitive neuropsychology at Brown University in the US, to startup. Being what she calls “technical” and dabbling in Computer Science led her to an idea that she refers to as “the YouTube of PowerPoint presentations”. That idea is now SlideShare, the online world’s largest community for sharing presentations. Talking about starting a business, she says, “With a start-up, I’ve learned that it’s better to move fast. I’d rather we make a mistake, realize we did, and try something else instead of spending a lot of time thinking and not acting. If you spend too long thinking, you still might make a mistake, but you have invested so much time. And I’m impatient.” It’s this agile mentality and constant drive that has helped keep her focus on growth, leading SlideShare to over 11 million unique monthly users.

“In whatever you do, you’re not going to stand out unless you think big and have ideas that are truly original. That comes from tapping into your own creativity, not obsessing over what everyone else is doing.”

Born in San Diego, California, Sophia Amoruso had a turbulent journey to where she is now, the founder and CEO of Girlboss. As an adolescent she was diagnosed with depression and ADHD, dropping out of school shortly after. From working in Subway to leading a nomadic lifestyle hitchhiking along the West Coast, she’s notoriously spent time rummaging through dump trucks and stealing before finally getting a job as a security guard at the Academy of Art University in San Francisco. A side project selling vintage clothing on eBay grew into Nasty Girl, a brand with its own website that went from $223,000 in revenue in 2008 to almost $23 million in 2011, thanks primarily to a huge following on social media. Bankruptcy and lawsuits were soon to follow in 2016 (before being bought out by Boohoo in 2017) and Amaruso moved on to a fresh start: Girlboss Media, named after her autobiography (and a Netflix series). Aiming to create a community for entrepreneurial women, especially those who want to start their own companies but may not have the tools to do so, the company creates editorial content, videos, and podcasts, as well as weekend-long instructional events for young entrepreneurs. GirlBoss is currently valued at around $13.1 million.

3. Arianna Huffington – CEO of Thrive Global and Co-founder of The Huffington Post

“Fearlessness is like a muscle. I know from my own life that the more I exercise it the more natural it becomes to not let my fears run me.”

Despite rejection, failure and criticism throughout her entrepreneurial journey, world renowned media mogul, journalist and esteemed philanthropist Arianna Huffington is an impressive female role model. She frequently features in top magazines and news platforms across the globe and continues to be one of the most influential women on the planet.

Originally born and raised in Athens, Greece, a young, naïve but sure-minded girl nurtured a dream of studying at Cambridge University. Ridiculed and mocked for the idea of being a poor, non-English speaker and achieving such a goal, her mother took loans from friends, families and corporate organisations in order to help her little girl achieve her dream – which, after relocating to England, eventually she did. The lesson little Arianna learned? “Failure is neither the last resort nor the opposite of success — instead, failure is a stepping stone.”

Today, Arianna Huffington is worth more than $50 million, and the author of tons of bestselling books on feminism, culture, politics, and more. Huffington suffered lots and lots of failure, criticism, rejection, and pain. Yet, she never let her drive and big dreams get dominated by these temporary predicaments.

As a business founded by two women, we avidly support the success and promotion of ambitious, self-starting female professionals. It’s also good to see wide acceptance and positive reception to what we’d certainly call ‘progress’ in this sense. In light of the #metoo movement we feel it’s important to remember, and recognise, that there are a huge number of female entrepreneurs out there that are still struggling with prejudice and preconceptions in business environments based on gender, and although this varies from industry to industry, and country to country, we believe in change and empowering woman in business from the ground up as part of the ethos behind PA Business Support.

Related posts
What extra spark does your HNW family PA need and how we are the perfect, boutique agency to find it for you…
February 16, 2021
In 2021, why should I pay someone to do my recruiting for me, when I could do it myself?
January 18, 2021
Virtual Assistants for web design, copywriting, branding, project management and much more…
December 9, 2020
4 predictions for the future of work (after COVID-19)
November 18, 2020
Why interviewing based solely on a CV should be a no-no
November 3, 2020
8 tips for diversifying your workplace
October 5, 2020
Get in Touch