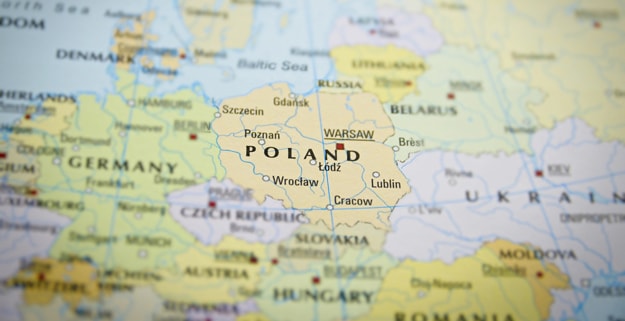 The concept of populism is in its simplest definition a self-effacing political virtue. Perhaps for this reason, something as simple as “concern for ordinary people” is striking a chord with voters across the globe in an ever-shifting geo-political landscape. However the word these days is more likely to be used when describing the meteoric rise of far-right, anti-immigration political parties and the platform on which they have gained their success.

The rhetoric of these movements is often isolationist, anti-immigration and anti-Europe, with each group claiming these ideas are for the betterment of ordinary people. Of course, this has lead many first, second and third generation immigrants to ponder at what point in history did they no longer qualify as “ordinary”. Most would certainly be considered more ordinary than the personalities at the forefront of this revolution, the French National Front’s own Marine Le Pen for instance, a lawyer turned politician and also the daughter of the parties’ former leader.

Yet figures like these have come to represent stability to a growing number of European citizens, having fallen victim to the terror of extremism and further economic decline. With all these different factors providing the basis for radical change it’s no wonder that political commentators have predicted a triumphant summer for European populism. Only it hasn’t quite gone to plan. The elections in Holland proved quite unsuccessful for Geert Wilders’ anti-immigration freedom party. Though they were successful in winning 20 seats, their overall defeat has created relief in the market according to analysts. This has had a positive effect on interest rates in the US as Neil Wilson of ETX Capital has said “The US economy is firing, but inflation is not going to be an issue…and that is good news for equities.”

With this ripple effect, having created an easing of tension in the market, it could be presumed that the UK would also reap the benefits. But, as per the result of a vote by the Bank of England, interest rates remain frozen for Britain at the record low of 0.25%, a safe figure in a post-referendum Britain. An official from the BOE has even claimed that raising inflation by 3.5% may not be enough to raise interest. This should serve as a harsh reminder that, as we observe a summer of political flux from across the channel, we could have chosen differently.

The result of the referendum is due in many ways to the populism that got Wilder his 20 seats. Whilst each case is nuanced and individual, there is a clear pattern that emerges amongst the leaders of populist parties. It often has more to do with cult of personality than it does with political insight, as our own populist golden boy, the former UKIP party leader Nigel Farage demonstrates. The former stockbroker established a cheeky every-man persona that struck a chord with modern voters. They believed in Brexit’s champion, because he also happened to be champion of drinking pints on camera. This somewhat down-to-earth character cut through the disillusionment people had over Eaton graduates telling us to have a group hug and forget about unemployment for years at a time. People saw strength in Farage and, although UKIP didn’t win the election, they generated enough discourse on leaving the EU that it was put to a vote. From there the misinformation and campaign strategies lead us to where we are now. Farage and his allies in the leave campaign were to hopes of quick economic recovery what smartphones are to pub-quizzes, they ruined them.

This has left open many questions for the SME market, as its growing domestic success through digitisation inevitably leads to a want for expansion. But with looming uncertainty in the global economy post-Brexit, further exasperated by a forecasted storm of political chaos, the perception of risk may be an obstacle in doing so. Nevertheless the argument remains that confidence in the market should be salvaged in every case unless there is concrete evidence to confirm doubt, and that the worst-case scenario has yet to transpire. The news from Holland should be viewed positively as it emphasises resistance. This is something that can be furthered by the expansion of foreign clientele and contracts, in Europe in particular, a goal that PA Business Support and other online businesses are primed and willing to pursue. This approach may help to salvage trading connections between the UK and Europe and areas of the national economy may even prosper from recent events.

That said, we must now hope that the rest of Britain will bounce back, and provide a warning to voters overseas. It may feel safe to believe in the self-aggrandising arguments of the powerful, claiming they have the answers. But as eyes turn to France with their upcoming elections, and talks of a possible “Frexit” from Europe continue to gather momentum, it’s important not to forget our history. From the twentieth century onward, the economy has experienced boom and bust and these conditions have often shaped the conversation on immigration. Ever since Enoch Powell moved from promising riches and opportunities to migrant workers to his infamous rivers of blood speech, one thing should have been apparent: A fickle system will warrant fickle leaders. Fear doesn’t warrant trust and shouldn’t overshadow a fundamental truth of civilisation; people do better when they work together. Something that the diverse staff here at PA Business Support is proud to believe in.

English and Creative Writing student at The University of Nottingham.