Why does Elon Musk always seem to be in trouble? 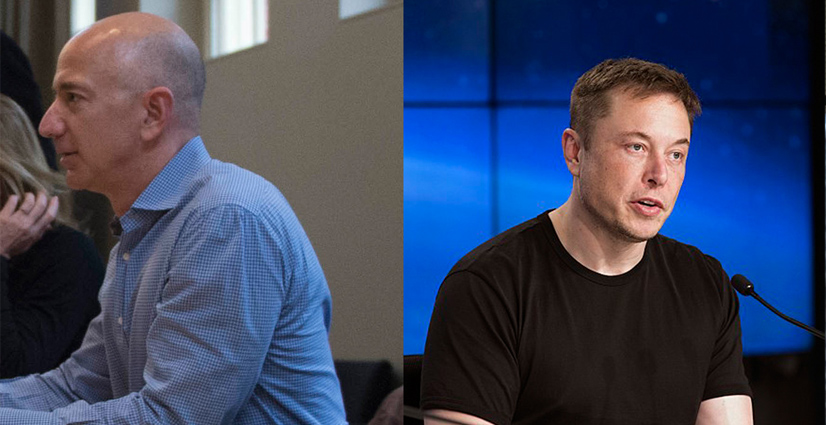 It’s not been the best year financially or personally for Elon Musk. The man himself described it as the “the most painful and difficult year of my career”, in conversation with the New York Times.

His name seems to have never left headlines in 2018 and the last couple of weeks have been no different: markets have been shaken up after a rogue announcement from Musk that Tesla might go private, which has led to an investigation and subpoena from the Securities and Exchange Commission.

At the same time, in an odd turn toward celebrity gossip, rapper Azealia Banks has made a series of strange accusations against Musk after a stay at his home to collaborate with his partner, the artist Grimes.

It’s not uncommon to see large business owners and corporate leaders feature prominently in the news, but the frequency with which the CEO of Tesla and SpaceX appears in that context and the bizarre situations he seems find himself in or, indeed, get himself into are a touch more rare.

Compare Musk to any of his tech mogul compatriots – Bezos and Zuckerberg perhaps, both with businesses of far greater success and reach than Musk – and we do not see this pattern.

Given the still-unfolding Cambridge Analytica scandal, where data was scraped from over 50 million Facebook users, Zuckerberg himself seems to have relative peace from the media, despite the internet memes questioning whether the Facebook owner is actually a robot.

The same goes for Mr Bezos, who is something of a ghost in the news, even though his corporation, Amazon, serves as a point of constant discussion for economists, journalists and talking heads of all kind, being second only to Apple in terms of scale.

To put it simply, what gives?

To me, it is clear that the cause for Musk’s woes, or at least the reason that differentiates him from the other businessmen, is his habit of deliberately stepping into the public eye.

He has chosen not to be a silent, squeaky-clean business leader – the image Bezos and Zuckerberg attempt to maintain with varying levels of success – but to appear as a charismatic celebrity-type.

Musk reaches out to the public and speaks for himself, in random thoughts, poetry excerpts and fan interactions on social media, and even on business matters, with much news about his ventures beginning to trickle out from the magnate’s Twitter account.

This persona – likened by many to the Marvel Universe’s billionaire, genius, philanthropist character Tony Stark – can be seen in his constant, often disastrous, use of social media as well as his less frequent, but equally disastrous, PR stunts.

From February, Musk quite literally rocketed himself into the spotlight with his successful SpaceX launch. By all means, this was an impressive feat and Musk should be proud of the accomplishment, given the fraught history of the engineer’s space transportation company.

On a basic level though, there are few things more attention grabbing you can do than space travel, that’s just part of the business. There’s also something about the rocket’s unique payload – a Tesla Roadster driven by a dummy astronaut – that gives a certain impression of Musk; mischievous, bombastic, more rock star than star-traveller.

Whilst the electric car will now remain in orbit for millions of years, its maker crashed back down to Earth much more quickly.

There’s no need to dive into the slough of statements, articles, emails and tweets to get the specific happenstances of the situation with the Thai Cave rescue. Whether Musk’s submarine would’ve worked or not or if he was actually asked to develop it and bring it on site etc. are not questions of interest right now.

Musk may have wanted to be a super-hero, but – considering the erroneous, now infamous, comments he made – the scandal made clear that he is only human, and perhaps one that is a little more highly-strung than we first thought.

In the aftermath, Musk lamented:

“I never launched an attack on anyone who did not attack me first. So the question is: If somebody attacks you on Twitter, should you say nothing? Probably the answer in some cases is yes, I should say nothing. In fact, most of the time I do say nothing. I should probably say nothing more often.”

And that is the kicker: by having been public in this way, Musk not only opened himself up to making mistakes and receiving criticism more frequently, but he also invited a whole different level of scrutiny. It is no longer just investors, budding entrepreneurs and competitors that are listening to his every word, but the general public as well.

Even as Amazon creeps into every corner of our lives, accompanied by stories of harrowing workplace conditions, the company head manages to keep his face and name out of the public discourse.

For the public Musk, corporate wrongdoings – such as the disproportionate rate of workplace injuries at his automobile company – are likely to be more directly associated with his name than Bezos.

Some of his antics could be considered excellent marketing strategy, but mainly they have shown that, if you are going to run a large scale corporation, you cannot let your public image supersede and endanger that of your business.

The most recent outburst, the news of Tesla possibly going private, has had a series of negative impacts on the company. Predictably, the announcement was made via social media by Musk, without oversight or consultation from anyone at Tesla. The board has since asked him to stop using Twitter and focus on building cars (Musk’s weekly hours frequently hit triple figures).

It is the kind of behavior that, whilst potentially drawing adoring fans, can be toxic for the balance sheet of a business or brand.

The simplest way of demonstrating the problem of Musk’s public image is a quick numbers exercise – compare the net worth of Amazon and Tesla, and then the Twitter followings of their respective CEOs.

If the two numbers were to scale, Tesla would be more than 35 times larger than Amazon. We know that is not the case.

Related posts
The mental health impact on small business owners and how to manage it
June 11, 2021
What the new ‘work-from-home’ PA/EA means for your business
May 21, 2021
How the new IR35 rules impact freelancers, contractors and business owners
May 7, 2021
PA Business Support talk high-net-worth and private PAs in the Telegraph newspaper
April 6, 2021
International Women’s Day: Juggling life as business-owners and mums
March 20, 2021
Recruitment intentions up, planned redundancies down – a glimmer of hope for the first time since start of the pandemic
March 9, 2021
Get in Touch