Why the blue bird is good for business

For some of you, it’s the place you run to and splurge all your innermost thoughts daily. For some of you, it’s an annoying bolt on to your ever-increasing workload. For some of you, it might simply just be that annoying little blue bird symbol you see splattered across pretty much all aspects of modern day life that you don’t know much about. But don’t let the ‘social’ in social media fool you – it’s can be a highly effective tool for business and a great resource for any working professional.  Twitter is undeniably big news and if you’re in two minds whether to add yet another social media to your daily grind, let’s talk you through some stats to break down the Twitterspehere and get it into perspective.

Twitter’s latest stats (as of June 2015) pack some serious punch. 316 million users, sending an average of a colossal 500 million tweets per day. Despite originating as a US based company, today 77% of all Twitter accounts are based outside of the US.  It’s a social platform that shows no signs of slowing down – in 2013-14 it is understood global users increased by 50 million in the space of one year alone. Whether you want to get social on a personable level or use Twitter for business – there’s lots to be gained from embracing the social media platform into your daily routine.

With a seemingly tight 140 character limit on your tweets, every word counts. The good news is, you really don’t have to sum up the entire world in one lone tweet. Little and often is the best method for Twitter – think it as a fire you need to keep on stoking throughout the day, so it doesn’t go out. Someone once referred to Twitter like ‘walking into a pub full of like-minded strangers’ and it is surprisingly true.  And quite frankly who doesn’t want to do that? Twitter is amazing for allowing a direct contact with like-minded people, industry figures, aspirational brands, venues and events– anyone that move in the same circles as you or your business. With a punchy concise bio on your page, followers will see your profile and should get who you are in an instant.

Following relevant people warms the conversation and will trigger you to engage with others as well as push your own output. Heck, dabble in a hashtag or two. They’ve become fiercely ove 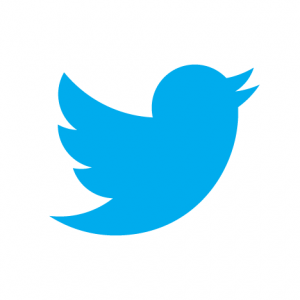 rused in mainstream media, but the hashtag originated with the purpose of serving as a keyword to bring people talking together about the same subject. Be warned though – hashtags are only effective in volume. #royalwedding for example, held a lot more weight on the day than #itshouldhavebeenme #onedaymyprincewillcome. You get the point, right?

Like all social media, you really do get out of it what you put in. Firing off five tweets a day, all at once so you can tick it off the to list at 9.05am then doing naff all for the rest of the day or even the week will seed a low and slow return. Scrolling your timelines will give you access to more information than you realise you’re taking in. You may notice trends, events, more people to follow, you’ll get a feel for what’s happening in the circles you move in if you just spend time scrolling through others content.  And sometimes it’s the topical, the up-to-the-minute-ness of Twitter that make it valuable. You’ll never know what will be seen by who. When Ellen DeGeneres took that celebrity selfie at the Oscars in 2014 she probably expect a few retweets, but possibly didn’t expect it to be the single most retweeted tweet of all time, even topping Obama returning to Presidency in the US.

Twitter’s glory is that it’s a mish mash of serious hard news, gushy PR, witty comments, what people had for lunch and silly viral cat videos. Maybe we joke on the latter, but it’s the seamless blend of all of these in real time that makes Twitter unique. A real snapshot of time that no other social media platform can replicate in the same way. Make a point of taking in and much information as you put out and you’ll get a much clearer direction of what the ‘now’ is with your latest competitors. Talk to people that follow you, stalk the ones you don’t want to know you’re looking. It’s all there for the taking if you see Twitter as a two way street.

They’ll always be those folk that will come back with the age-old argument that unless it directly generates sales and profit, it’s not worth your time and it’s just not true.  Tell that to the thousands of people globally who are paid a nice monthly salary dedicating their entire career to social media. A recent statistic says the average Twitter user follows five or more businesses and over a third (37%) of Twitter users will buy from a brand they follow.

Time-wise, make your life easier and use a social media management system such as Hootsuite, which allows you to not only whizz through all your social media on a snazzy dashboard, but also schedule tweets in advance so your account can be pushing our the content during the day whilst you’re otherwise engaged in other important stuff. Not only that, you can hit your users at the right time. Workers will be peaking usage over lunchtime and the evening commute home, personal users possibly in the early evening. When the entire platform is based on the concept of real time information, suddenly ‘time’ shimmy’s up the agenda. And for all you geeky graph loving stat folk, Twitter kindly generates monthly reports on all your activity, including most popular Tweet, your top mention and a monthly summary to round up your performance, showing you what’s been well received.

Even if you use it for business, Twitter should not be a desk-bound, nine to five kinda gig.  They say that a colossal 80% of their users access the platform via a mobile device. Think about it. Even if we exclude the personal and take the business accounts alone – that’s a high percentage of businesses that are using social media on the move.  Twitter is not about sitting behind a desk and churning out some Tweets to tick off your to-do list. Be out and about on the job – see something, tag a brand, client or friend – it’s an instant way to share you world in real time with the rest of the world. Treat it as a snapshot of a moment. Over time your picture will build, a voice will flow and you’ll present a true picture of yourself or your business.

It’s a huge part of daily modern life – but how do you make it ‘work’ for you?. Social Media Strategist and Digital Commerce Consultant Warren Knight* is a dedicated Speaker/Author/ Consultant and Trainer in educating businesses and individuals in the power and opportunity to be found through the world of social media. His top tip for working social media into your business? Be human, not corporate. He told us: “Corporate and personal social media feeds are becoming surprisingly similar in tone and style. Friendly, fun tweets with an injection of cheeky personality can sit alongside the more informative seamlessly. Understand the boundaries of tone and acceptability and try and mix up lighter content with the bare bones of your output that maybe you couldn’t push in other arenas. It’s a tough line to walk but highly effective if executed correctly.”

100 facts and figures about Twitter and why they matter